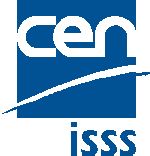 CEN, the European Committee for Standardisation, announced that CEN/ISSS, the Information Society Standardisation System, will host an Open Meeting to discuss and validate the CEN/ISSS draft report on key strategic aspects for e-business standardisation in the framework of eEurope 2005. The Open Meeting will be held on 28 April 2003 at CEN premises in Brussels.

The Draft Report  prepared upon request from the European Commission DG Enterprise – has been produced by the CEN/ISSS eBusiness Standards Focus Group. This voluntary Focus Group was constituted in accordance with its terms of reference at the end of September 2002.

The Draft Report and the accompanying Draft Roadmap document will be made available online on the CEN/ISSS web site as from beginning of April 2003 for public comments until 15 May 2003. They will also be submitted to a Round Table discussion being organized by DG Enterprise of the European Commission.

A final version of the Report and accompanying Roadmap, taking into account all comments received via the above public consultation and specific events, will be prepared at the end of May and submitted to the CEN/ISSS Forum for endorsement and to the European Commission as inputs to its policy planning in respect of e-business standardisation.

The final version and disposition of comments will be made public shortly afterwards, and the CEN/ISSS e-business Standards Focus Group will be disbanded on completion of its final report. CEN/ISSS already works to support e-business through its eBES Workshop  the European entry point for the development of ebXML specifications. ebXML (Electronic Business using eXtensible Markup Language) is a modular suite of specifications that enables enterprises of any size and in any geographical location to conduct business over the internet.

The workshop´s main project currently is a European ebXML interoperability pilot project run by the eBES Vendor Forum. Software vendors are invited to join this eBES/OASIS project, and help it become a major initiative to spread the use of ebXML in Europe. This interoperability project will be demonstrated at the XML Europe event in London on 5-8 May 2003.