Agere Systems announced that it has named Peter Kelly chief financial officer, effective immediately. Kelly, who was previously the companys executive vice president of global operations, replaces John W. Gamble, Jr., who has accepted a position at another company. Kelly will continue to report to John Dickson, president and chief executive officer.

Kelly joined Agere in September 2000 as vice president of operations for the companys Integrated Circuits division and was named head of Ageres global operations in August 2001. He has been instrumental in reinventing the companys supply chain and manufacturing strategies. Prior to coming to Agere, Kelly worked at Fujitsu-ICL Systems Inc., a joint venture between Fujitsu and ICL, where he served as chief operating officer for a year and chief financial officer for three years.

I am pleased to appoint Peter as chief financial officer, said Dickson. He brings a deep understanding of our operations as well as extensive expertise having worked in financial management positions in other companies of various sizes around the world for more than 19 years” .

Peter has played a pivotal role in bringing discipline to Ageres operations and implementing a supply chain model that has helped to lay a solid foundation for profitable growth, added Dickson . I also would like to thank John for his significant contributions to Agere, and I look forward to continuing to work with Peter to improve our operating performance and achieve our business model.

Over his career, Kelly has been responsible for overseeing a wide range of financial activities in previous positions within Texas Instruments semiconductor division in the United Kingdom, France and Portugal. He also served as head of finance for Sonae, a publicly traded conglomerate based in Portugal; and as chief financial officer of ICLs largest division before taking on the same role at Fujitsu-ICL Systems.

I see this as a great opportunity to use my hands-on background in both accounting and general management to provide a unique understanding of key financial activities based on both perspectives, said Kelly. I expect to continue my strong track record in execution and delivering results in taking on this role at Agere .

Kelly earned a bachelors degree in management from the University of Manchester Institute of Science and Technology and he is a fellow of the Chartered Institute of Management Accountants. Kelly also is on the board of directors of Plexus Corp., where he is a member of the audit committee. 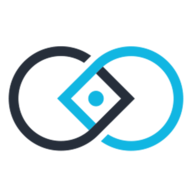